Lessons Learned From A Prolific Plant 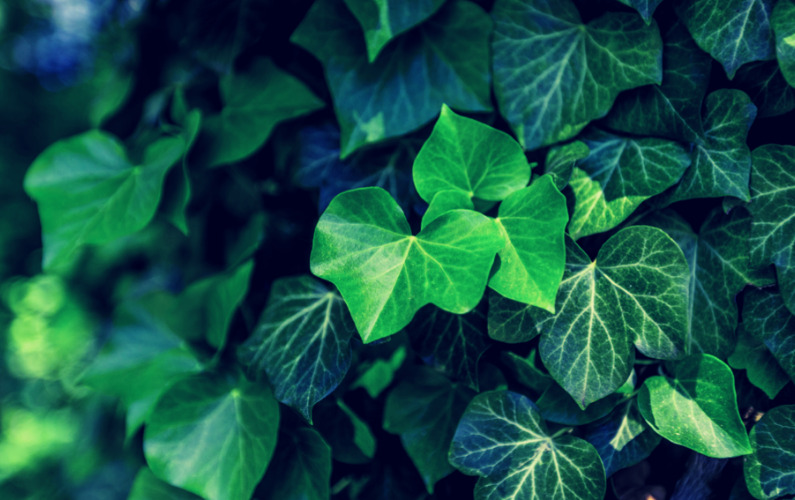 When I was living in Cumbria I tackled a job one weekend that I’d been putting off for ages. I didn’t realise I could learn some valuable lessons from it!

There were a number of mature hedges in the garden. Really tall and made of beech, hawthorn and another thing with little leaves that I didn’t know the name of.

Underneath them was some of the most vigorous ivy I’d ever known. All of it grew like mad in the warm, wet weather we had in 2017. I was the proud owner of a hedge-trimmer, which for 99% of the year resides in the garage. One weekend I took it out and actually used it to tame the hedges.

While I was going, I found myself contemplating this massive amount of ivy underneath and the business lessons I can learn from it. It was a really profound bunch of thoughts, so profound that I still remember them.

Lesson One – Start Small, But Start

When I moved into that house 4+ years earlier, the ivy was limited to a small patch of glossy green leaves, tumbling across one end of a stone wall. The ivy was pretty and I liked it. The ivy didn’t care that it was tiny, it just got busy doing its thing.

The plant simply added another leaf or two to its collection every day.

The ivy didn’t complain that it was too small, or that no one would take it seriously, and it certainly didn’t worry about what others thought of it.

Keep Going, Even When It Seems Tough

This small patch of ivy added to itself every day. I had a ‘natural patch’ (or so I called it!) at the front of the garden. It had ground elder, cow parsley and all sorts of other plants not usually seen in the ‘nice’ garden’ in it. A gardener mate told me that nothing ‘proper’ could grow there unless I sorted out this wild patch, but I quite liked it, so I left it.

In December 2015, Storm Desmond hit Cumbria and the river across the lane from my house decided to get out of its bed and surround my house with dirty, brown, smelly water. Once the water subsided, the garden was left dirty, brown and smelly.

Lesson two. The ivy took stock of its situation and it extracted the very best of a bad job and used the nutrients in the sludge to grow. It didn’t suddenly add 100 leaves a day to its total, it just kept adding a leaf or two, but now it also added the odd new branch. Each branch got a new leaf or two each day too.

If You Start Today, You Won’t Believe Where You Are In A Year (or 4!)

The reason I’m even waxing lyrical about this ivy is that it grew from this tiny, shiny little plant to a huge, sprawling thing that I was yanking out in handfuls and cutting back wildly (not with the trimmers though, because the bloody thing was growing across the floor!).

It is the sheer size of it, that happened without me noticing, that made me think of that Eddie Cantor quote ‘It takes 20 years to become an overnight success’.

That in turn, made me think of how many small business owners (coaches!) I’ve known over the years who have given up, because it’s too hard. Coaches who stop trying because they feel insignificant, without status, and they don’t see the magic of compound effort.

Lesson three. I’m going to leave you with a quote from Einstein. He was talking about compound interest, but compound effort works in exactly the same way:

Compound interest is the eighth wonder of the world. He who understands it; earns it. He who doesn’t; pays it.