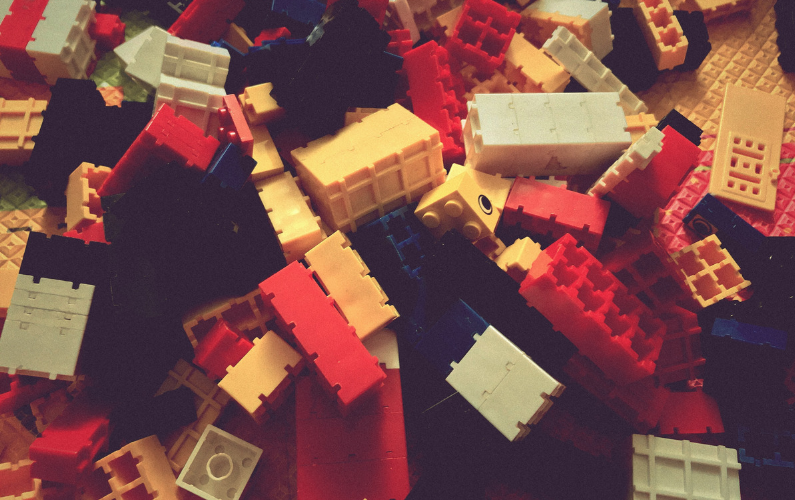 For many years, I’ve lived a Playdoh life, as opposed to a Lego one. Let me explain.

My life was a life which could be moulded at will, and changed at a moment’s notice. A life which was constrained mostly by my imagination, and eventually by my children.

As someone who identifies as a ‘creative’ I have to confess to having spent most of my life avoiding routine. It felt like routine would stifle my creativity. I loved to take things as they come, and go with the flow. I felt that it opened my world to adventure, to excitement. After all, what’s more exciting than a new day, with endless potential?

I realise that routine has it’s place and an especially important place for is anywhere you want to have success.

I now have a life that has aspects of it that could more accurately be described as a Lego. A life that contains strong foundations and sturdy routine.

The difference between Playdoh and Lego is that while Playdoh can be used to build things that are beautiful, those things are also fleeting.

Lego builds things that can last.

How To Blend Them

I am still pretty much a Playdoh girl; someone who likes to go with the flow. However, this penchant of mine is not conducive to building a successful business and so I temper it with a sturdy Lego-based routine as far as The Coaching Revolution is concerned.

It is possible to do both, I prove it all the time.

Understanding specifically what you need to do to build a business really helps with the Lego bit. I have a very structured start to my day. That involves the daily activity I know I need to do to promote The Coaching Revolution. It’s exactly the ‘magic sauce’ that we teach our mentees, the actual action that is required to succeed in gaining paying clients.

It doesn’t take hours and hours and hours of my life – which is of course what I used to fear from Lego. I hated the idea of being constrained and boxed in. Once, I saw Lego as a prison and not the safe and sturdy structure that I now realise that it is.

I am incredibly organised with this Lego part of my day and The Coaching Revolution has benefitted from that. You could too, if you want to.

The rest of my day, and my life? Well, a love of Playdoh is really hard to shake off…